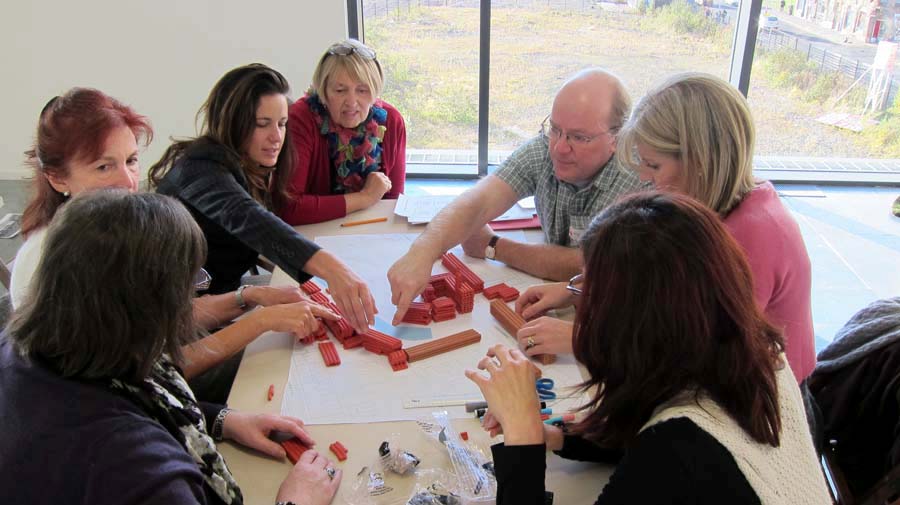 Fountainbridge Canalside Initiative first attended a Community Buildings workshop run by The Glass-House in spring 2012, and later approached us for bespoke support.

Fountainbridge Canalside Initiative (FCI) is a group made up of local residents and organisations who came together to create a vision to breathe new life into Fountainbridge in Edinburgh, a canal-side area with a rich industrial history.

With the redevelopment of key sites in the area in the pipeline, FCI started working with the City of Edinburgh Council and developers with a local interest to help develop a unique, sustainable and vibrant mixed-neighbourhood and ensure that the local involvement played an integral role in the process.

The one-day workshop we subsequently delivered was an opportunity for the group as well as landowners, interest organisations and local decision-makers to meet each other in an independent and impartial setting and together explore ideas for the future of Fountainbridge.

Through interactive presentations, collaging, model making and discussions, the group was able to bring together stakeholders to build an understanding of the qualities of the existing place, learn and apply urban design principles and explore future opportunities for this neighbourhood.

Ideas emerged about creating better links to unlock the potential of the canal and utilising the history of the Rubber Building, a former rubber factory considered to be a significant heritage asset. The next day we ran a half-day workshop to help FCI consolidate their learning and create an action plan.

In 2019, The Edinburgh Printmakers opened in the former North British Rubber Company headquarters, which was the only part of the 19th century Castle Mills industrial complex which remained. The facilities include two public galleries, a print archive, a shop and café, plus a flat for residency participants.

As of Autumn 2019, a Green Plan group has met a number of times and includes FCI, The Grove Community Garden, developers, their landscape architects, and Council officials. The Council, Vastint and the Moda group who are developing the site on the north side of Fountainbridge, are trying to work together to one plan for green space in the area. Some of the suggestions have included fruit trees, community planting areas, seating spots and small play ideas.

In late 2012, construction of new student accommodation for Edinburgh Napier University began on the south side of Fountainbridge opposite Fountain Park. Further updates can be found via The FCI website.

History: Fountainbridge is an area of Edinburgh, Scotland, a short distance west of the city centre, adjoining Tollcross with East Fountainbridge and West Port to the east, Polwarth to the west and south.

The Glass-House support as an independent enabler served as a catalyst for an open and supported discussion that brought people together, and gave equal space to the many interests in the room. Building capacity in the group with design skills and knowledge has supported their work to determine a bright and appropriate future for Fountainbridge.

“Great day and well organised by The Glass-House. Everyone made a positive contribution to the site’s development.”
– Lynn Smith, The EDI Group Ltd

The group documented the progress of this workshop in a film:

FCI are a dedicated and inspiring group of local people who are incredibly pro-active in bringing people together for a joint conversation, which supports views to be heard, discussed and a collaborative vision be created. They have been actively involved in the evolution of this neighbourhood, and have held and supported countless community festivals events and activities and built a Community Wikihouse on a site in Fountainbridge. Learn more about their work on their website.