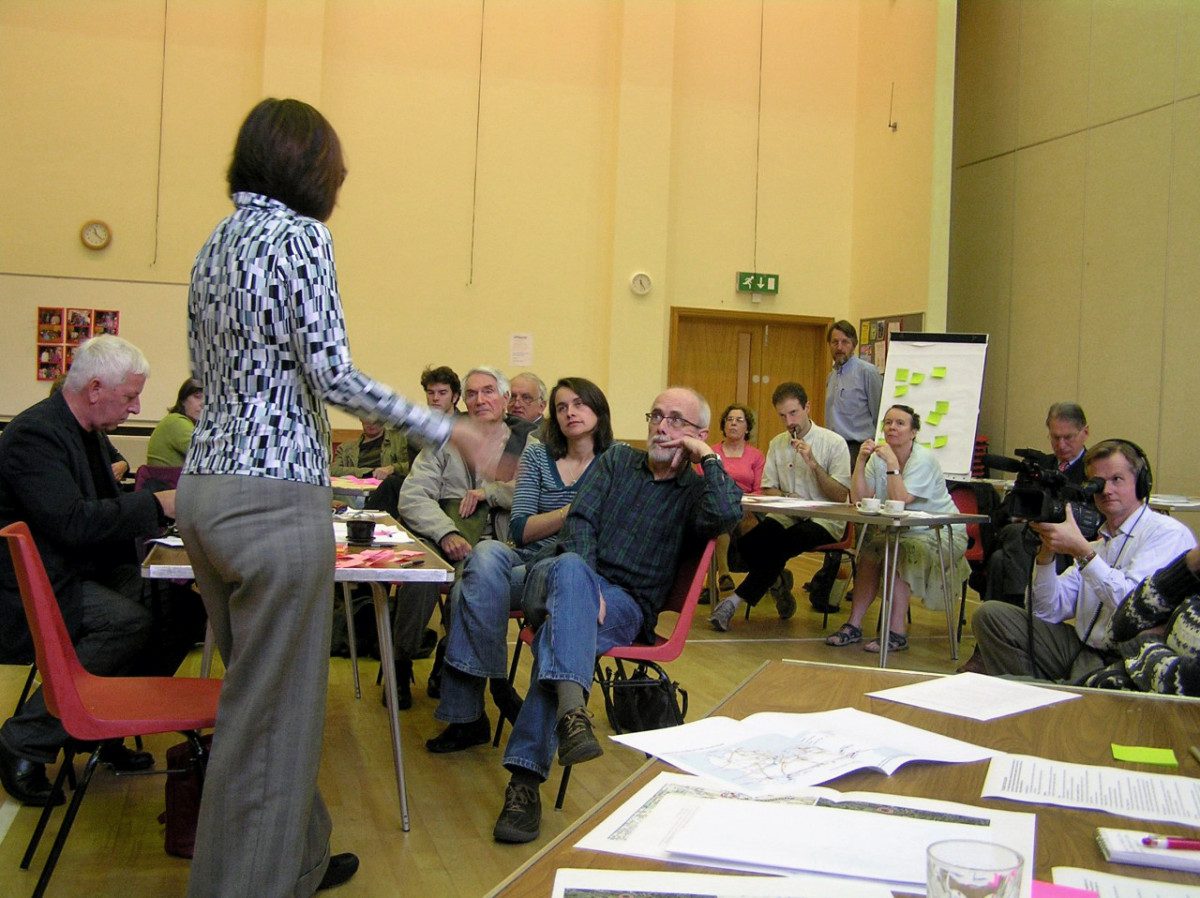 Sustainable Redhill, a community group in Surrey, approached The Glass-House for support to widening their engagement with local groups as part of a community-based response to the Local Authority’s proposals for regeneration in Redhill town centre.

Sustainable Redhill was a network of various local environmental and community organisations in Redhill and the surrounding area concerned with developing stronger, more resilient communities. The group wanted to formulate a diverse community-led response to the Local Authority’s Area Action Plan that set out an approach for regenerating the town centre.

The Glass-House supported the group with preliminary meetings and two workshops between August and November 2008. Ian Phillips, a planning consultant, was our  Glass-House Enabler who worked with the group,  taking on  an impartial role in delivering a training event and supporting a community engagement forum.

The training day consisted of three interactive presentations on topics which included de-mystifying the planning process, the Area Action Plan and engaging the community.

The half-day community planning forum set out to extend engagement with people about the future of the town centre, produce a set of views and recommendations to influence the response to the Area Action Plan and establish a basis for further community involvement. The forum attracted over forty people and proposed reference points for approaching the council.

Both events were well attended by both individuals and groups interested in positively engaging in the future for Redhill. The community planning forum was filmed and a short video piece of the event features on the group’s website. The training engaged particularly with the younger sector of the residents, for whom participatory rates had until this point been low

The support Sustainable Redhill received from The Glass-House allowed them to arrive at a reference point for what should be expected from the regeneration process, which informed the basis of their campaign. This has led to a process which mapped the difference between the Local Authority’s framework which was based on priorities and a Community-Led Approach, which identified gaps within the proposals. This mapping was intended to ‘allow architect/designer to rectify and marry the gaps between the two positions’.

The group’s assumptions were challenged, which helped them form a clearer perspective, as well as giving them an understanding of where the Local Authority stood. The feedback was very positive, and motivated the members to think further about the long-term aspirations of the project as well as encouraging  others to get more involved in the regeneration process.

‘If you are wanting to engage the community in a positive way, where you want them to participate rather than react, then that is definitely harder! The numbers were quite small [for our activites], but we didn’t see this as a failure’

Sustainable Redhill prepared a report summarising the community planning forum event, which was submitted to council officers and councillors. This led to Sustainable Redhill being invited to present to the working group of the council’s Sustainable Energy Committee in December 2009. It was agreed that the group would seek funding for projects to continue and widen community engagement in Redhill Town Centre, complementing council plans to invest in regeneration of infrastructure and extend services.

The Redhill Area Action Plan was published in 2012, following publication of the preferred options in November 2008.

In 2017 the Council approved a new cinema, shop and 153 flats as part of the town centre development along Marketfield Way. Redhill’s Town Centre regeneration is still in the process of being completed. In 2019, plans for the demolition of vacant buildings along the highstreet were submitted and planned to take place at the end of the year.

Since our collaboration in 2008, Sustainable Redhill renamed its group Transition Redhill.  If you have any information about this group, please contact us at info@theglasshouse.org.uk. We would love to hear from you.

Growing Redhill was originally established on 2007/8 as a spin-off project by Sustainable Redhill, It is now a stand alone venture, with its own constitution.