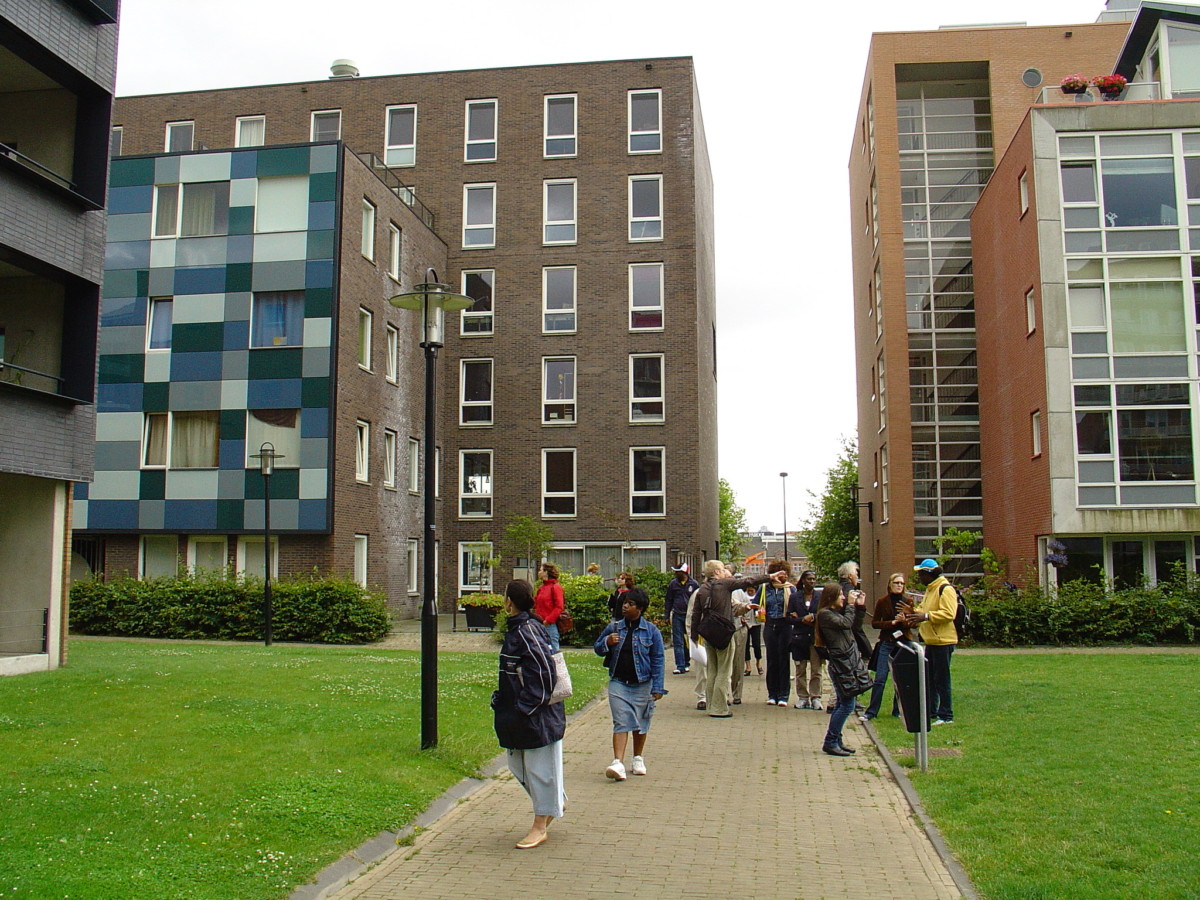 As part of a major regeneration programme, The Glass-House was appointed by Brent Council to support the creation of a design process that would involve and empower residents in decision-making and engage the wider community.

Brent Council were keen to involve local residents in the regeneration process and initiated a resident steering group to work with in the development of 140 new homes of mixed tenure, the re-provision of the Tabot Youth Centre and the creation of a new pocket park. The Glass-House was invited to support the resident steering group, local NDC and Brent Council staff with a series of learning and training activities, and to provide independent advice and enabling.

In a pilot project for our long-established Study Tours, we developed a study visit to Holland for the resident steering group and Brent Council to learn from, and be inspired by, contemporary European architecture. The visit generated innovative design ideas which can be seen in the finished housing that was developed.

We also delivered a series of hands-on workshops to help the resident steering group better understand the design and planning process and gain a range of technical skills and knowledge (in design, engineering, legal and contractual issues) to contribute to the process.

The group played an active and informed role in the selection and briefing of the appointed project architects, Levitt Bernstein. They became ambassadors for the project, helping to demystify the whole process for the wider community in the wider engagement that took place (e.g. public exhibition of scheme designs).

A great example of community participation rather than consultation, this project  illustrates what can be achieved if the community are involved rather than just asked.

Residents moved into their new homes in 2010 and feedback has been overwhelmingly positive. Residents involved in the design process are still passionate and articulate advocates for a collaborative approach to how local authorities undertake regeneration and provide new housing for local people.

Inspiring others
Since its completion, Brent Council along with Brent Housing Partnership and GNH residents have welcomed community groups and housing professionals on series of study visits organised by The Glass-House to learn from this exemplary project. These have included a group of planning and design officers on a visit from Korea to learn from UK good practice.

Design quality
Granville New Homes has been widely acknowledged for the quality of its design (e.g. CABE case study). The development by Levitt Bernstein architects won a 2009 Building for Life Award and was shortlisted for the Housing Design Awards 2006, RIBA Sustainability Award 2006 and RIBA Awards 2010.

“Residents’ ability and confidence to participate in procurement, design development and project implementation has been greatly heightened and we have a very “clued up” group who will undoubtedly make important contributions to forthcoming projects.”

Robert continued to champion a participatory approach to regeneration in his work with Brent Council. In 2014, Robert joined The Glass-House Board of Trustees where he contributes his wide-ranging expertise in local government and development processes to our strategic direction.

Angela Moore: In 2014, we invited Angela Moore, Steering group member and manager of the Tabot Centre, to join the panel for our London debate, ‘Can housing be a catalyst for great places?’, where she spoke of the value of involving the community from the beginning of the process:

“If the foundation upon which a place is built is great, then the place will be great.”

“We have rarely had the benefit of consulting a representative group so clearly able to engage directly, effectively and authentically with the key issues involved.”

We returned to Granville New Homes for a Study Visit in 2013.

Interested to know more about neighbourhood design? Read about a similar project at St Raphael’s Estate in Neasden, North London.