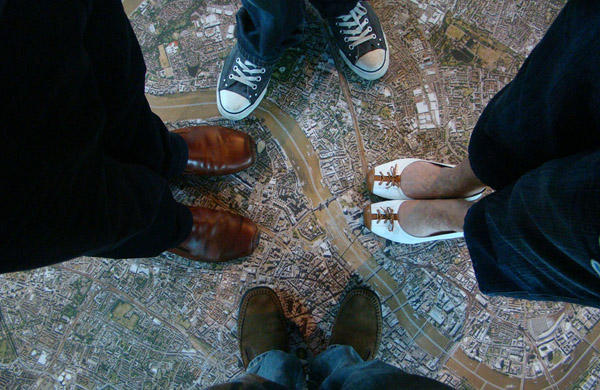 Home / Our work / Supporting dialogue / To a More Ambitious Place

The Glass-House Debate Series 2014/15 ‘To a more ambitious place’ set out to question and explore our ambition for our places.

Do we need to change the way we make and shape our places? Are the right people involved in these processes? Have we demanded enough of ourselves? These were some of the key questions we set out to explore in our 2014/15 Debate Series which we ran in partnership with the Open University and the Academy of Urbanism over four debates in Glasgow, Sheffield, Bristol and London.

Does practice make perfect in place? // Glasgow, 1 October 2014
With provocations from speakers Pauline Gallacher (Scottish Community Alliance), Professor Chris Platt (Mackintosh School of Architecture) and Etive Currie (Glasgow City Council planner) this debate shone a light on the bureaucracy and risk averse attitude of the public sector that many felt stifles creativity and opportunity in placemaking. The effects of policies have “allowed people to become passive recipients, rather than active agents” in their society, although it was clear that many communities have shown what can be successfully achieved when collaboration and dialogue are at the heart of changes to places.

Do the right people have power in place? // Sheffield, 19 November 2014
A lack of resources to support new community powers, a lack of awareness in communities about ways they can take action in places and a shift away from local, place-based organisations were among the key challenges raised by our speakers Cristina Cerulli (Sheffield University & Studio Polpo), Maxwell Ayamba (SHEBEEN) and Tony Stacey (South Yorkshire Housing Association). However, where people share a common goal or concern, the power of community can be immense and their voices powerful. Cristina quoted Gloria Steinem powerful words: “Power can be taken, but not given. The process of the taking is empowerment in itself.”

Is our view of place too shortsighted? // Bristol, 11 February 2015
“A building is for life, not just for the planning process”, declared an audience member at our Bristol debate as she lamented the poor design that is regularly approved and accepted. Speakers Barra Mac Ruairí (Bristol City Council), Melissa Mean (Redcliffe Neighbourhood Development Forum) and Steve Maslin (Building User Design) explored the value of temporary and pop-up interventions in enlivening our places and experimenting with solutions for the design of spaces, something which Barra felt was easier to do outside the confines of local government. We were reminded to engage our senses and emotions in the places we inhabit: that good places really should have an impact on people.

Do we accept the status quo in place? // London, 18 March 2015
Democracy and the politics of place were at the heart of our final debate of the series, with speakers Leslie Barson (London Community Neighbourhood Co-operative), Alistair Donald (British Council) and Andrew Carter (Centre for Cities). The acute challenges in London – “the city isn’t for people, it’s for investment” and poor management of engagement processes left many in the audience feeling worn down by their attempts to contribute to and shape change locally. Many wanted less managerialism from national and local government, while some saw the existence of rules and regulations as helping to maintain a pleasant status quo. Towards a better quality of place and of life, there was a unanimous view that we all need to be part of a culture change, taking individual, not just collective responsibility and action to create a better city for ourselves.

Each of our four debates attracted many ideas and views beyond the rooms in which they were held, through Twitter and a number of independent, guest think pieces.

There was an ongoing tension between the right and opportunity for communities to seize control of placemaking and to shape their own places, and the lack of resources and poor infrastructure to support them to do so. The call for a culture change in our society was omnipresent. Local government was a focal point for criticism but there were many suggestions for how the authorities can use their roles to enable and support new approaches and ideas in placemaking, without the need to lead them themselves. There was a challenge to all of us working to support great placemaking to make things more transparent and user-friendly.

We were delighted to be the inaugural event at the Sheffield’s Roco Creative Co-op, a new hub for the creative industries. In Bristol, we collaborated with Walking Interconnections, a research project that explored the lived experience of disabled people for a sustainable society on Walk in someone else’s shoes, a guided audio walk around Bristol harbourside which was itself an insightful and important point for discussion in how we use and shape our places.

Feedback on the Series showed that our audiences valued the spectrum of perspectives and voices in the room above all else and many were inspired to do something differently as a result of attending.