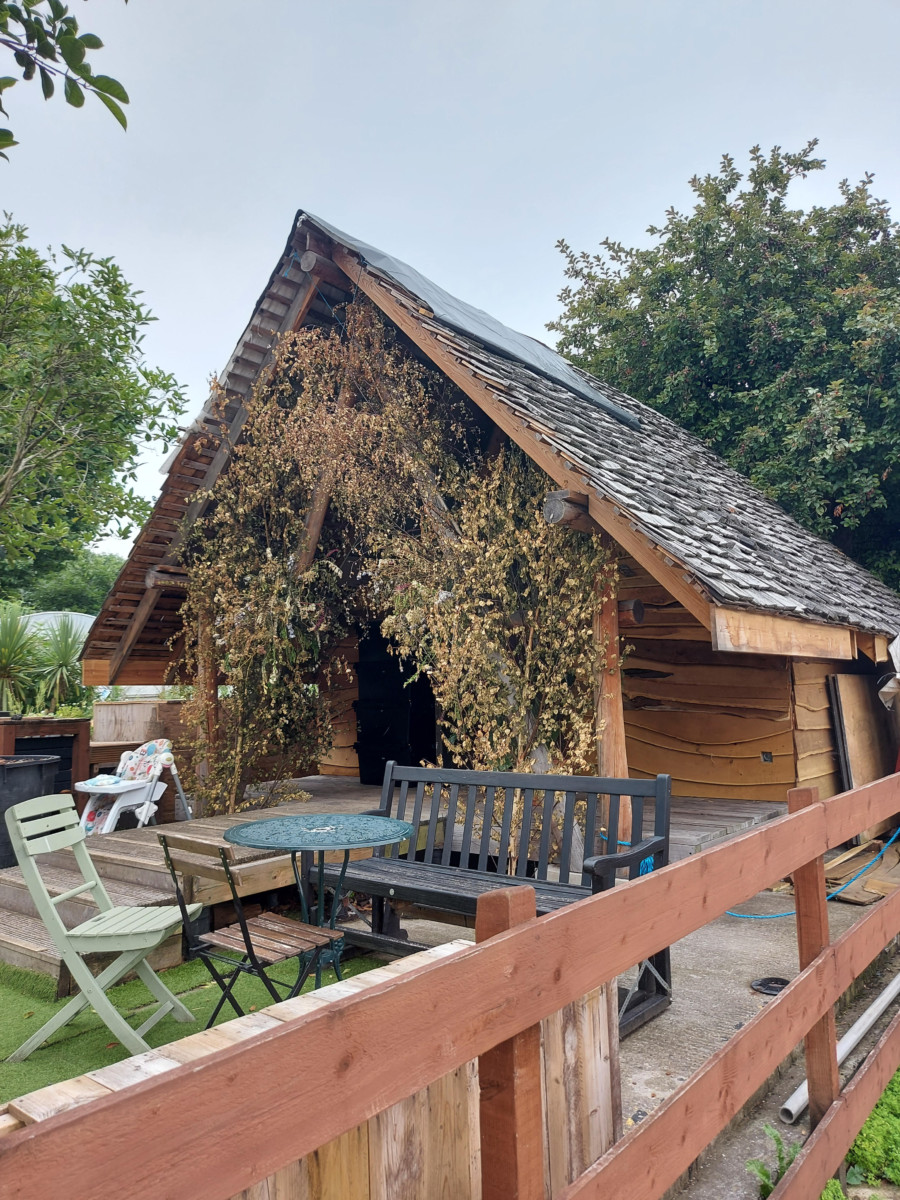 The Glass-House worked with Spitalfields City Farm, London, to support the development of a design ideas for a new self-built, energy efficient community building.

Spitalfields City Farm, a community farm located in the heart of London’s East End, was initiated in 1978 by a group of local people who saw potential in the wasteland neglected by developers for a green oasis in the city. Originally wanting to convert the land into allotments after losing theirs to development, the group has since evolved into a registered charity and company limited by guarantee, and the City Farm sees over 18,000 visitors a year to its 1.3 acres of land. The land is still formally owned by the London Borough of Tower Hamlets and Railtrack, but is now home to a variety of farm animals and a plethora of  vegetation. Aiming to bring the countryside to the city, the farm delivers a range of educational and environmental opportunities to local communities.

In Autumn 2009, Spitalfields City Farm approached The Glass-House for support with the design development for a community building, including a purpose-build office for farm staff which would replace their existing collection of outdated, ad hoc buildings which had been acquired over the course of the farm’s development. The farm had recognised the need for a cohesive community building for some time, a need exacerbated by the lack of community facilities within the wider Spitalfields area.

Prior to engaging with The Glass-House, the farm had already carried out a preliminary questionnaire with local stakeholders to begin assessing the needs of the community. Ideas put forward included natural light and materials, ergonomically correct features, environmentally friendly building and usage, harnessing natural energy and many more, which accumulated in the core idea of an exemplar sustainable community building.

The Glass-House developed a programme of training and support, and invited RESET as Enablers to deliver a programme of events which was designed to help the group develop a design brief and to explore ways in which the local community could be involved in the development to ensure the new building reflected the changing needs of the area.

The programme began with a guided study tour of local community buildings, including the Ecology Pavilion in Mile End Park and St Paul’s Church in Bow, allowing participants to explore buildings which demonstrated self-build principles and consideration of environmental impact in practice. The study tour also gave the opportunity for participants to meet the communities involved in those buildings, and to exchange knowledge and ideas about the design and build process. Using a set of worksheets developed for the tour, the participants analysed the buildings to understand what may work, and what may not work, in their specific context.

The next event in the programme was the delivery of a Design Brief Development Workshop, a day-long session which started with a walking tour of the farm during which participants discussed the pros and cons of some of the existing spaces whilst sharing stories about the past, present and future of the farm and defining the feeling of the farm. The session then moved to the Brady Arts and Community Centre for a more formal discussion, which highlighted the urgent need for meeting spaces suitable for more than 6 people at the farm (hence the move), and the group also discussed what a design brief is, who it is for, what it should contain, how it is developed and how the community could be involved in this process. The participants then created a wish list of features for the new development, which was taken back to the farm and further developed. This list included more general ideas like ‘cheap to run’, a ‘a view!’ and ‘organic form’, which were then further developed and categorised into ‘luxuries’, ‘hygiene’, ‘energy’, ‘educational needs’, ‘spaces’ and ‘office’, each containing specific ideas on the function, form and feeling of the new spaces.

The farm runs an annual ‘Sheep and Wool fair’, which was selected as the perfect opportunity to gather wider community opinions on the proposed building project. Nestled amongst the various fair activities, including face painting, sheep shearing and felt making were a series of engagement processes which aimed to involve and inform the wider community. These included, amongst others, an ‘Ideas Daisy’, in which petals of a large cardboard daisy were titled with key aspects of the project (Nature / Materials / Energy / Water / People / Activities / Transport / Design’, and people were invited to add comments in response to a central provocation ‘The most important thing to me about the farm is…’. In another activity, 50 straw bales were made available for visitors to arrange into various spaces to test scale, size and feeling of proposed spaces, resulting in lots of fun, games and general excitement. The day resulted in the gathering of a range of different ideas through several different methods, and gave the Spitalfields Farm group lots to consider and discuss.

Our concluding event as part of our support for this project was a ‘Forward Planning Meeting’, during which we looked back over the past events and all the information and ideas gathered through each of the activities, before discussing how best to use these to inform a design brief, how to keep the wider community involved going forward, what internal governance structures would be needed at the farm for the projects success and what the next steps of the project would be.

Although Spitalfields Community Farm have not gone ahead with their plans for a new community building, they are continuing to thrive on their site in Tower Hamlets. Instead of one building, the farm has developed a series of varied, informal spaces which serve the farm’s complex needs, as well as providing valuable spaces for their community and visitors. Some larger, less-permanent spaces are included in this, and the farm now features the only Yurt in East-London and a large safari tent available to hire which can accommodate up to 50 people. These larger spaces give the farm freedom to host larger events, and spaces to rent out to generate income, whilst not being tied to a permanent structure. 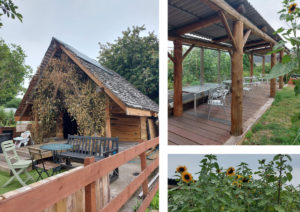 This series of structures sit nestled across the vibrant site, providing a mix of spaces that feel at home and add to the sense of exploration as you walk around. Working through programmes of Project Support can help groups explore what they really want and need from their proposed building project, and sometimes that exploration results in a realisation that they don’t need a larger building, opening the door to other answers, such as a series of smaller less permanent spaces at Spitalfields City Farm. 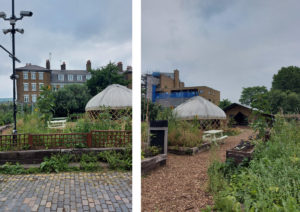 The general feeling from participants who attended our series of activities was that the proposed building project no longer felt overwhelming, but manageable and understandable, and that the engagement activities had reminded them of the amazing community which surrounds the farm. In our final future planning session, the group expressed that they felt empowered and felt they had now taken full ownership of the project through the process of Project Support.

“I think the whole idea [of Project Support] is a great concept and should be essential for all projects of this kind.”

“Thank you. You’ve made it manageable and achievable”.

Feedback from participants who attended our Project Support programme.

This process of Project Support inspired the groups with different ways of thinking about the process of development, and through visiting other built examples of similar projects the group’s aspirations for the design of the building were raised. The group also felt they now have a better understanding of the time, skills and ideas that could come from the community, and a better appreciation of them. The group said that the process of achieving their community building has become a lot clear through The Glass-House Project Support programme.

Keep up to date with Spitalfields City Farm and their work:

Another resource developed as part of the EDP project, Explore Design: Community Buildings is a highly visual website designed to help you understand the design of community buildings through 10 themes.

Our ‘Preparing to work with architects’ publication, also developed as part of the EDP project, is aimed at community clients who are looking for practical and comprehensive guidance on engaging an architect.